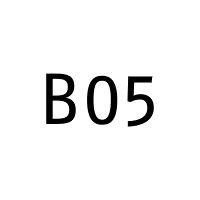 B05 | The English Novel as Laboratory

The British novel was an important factor in the public negotiation of cultural change during the eighteenth century. In particular, explicit and implicit literary comparisons between characters on the levels of both content and narrative form played an important role by evoking, commenting on, and evaluating contemporary social practices of comparing. Thus, the novel did not merely document social change, but creatively explored aspects and criteria of comparing within British society – an exploration that fed back into social discourse. The project is investigating this intersection of literary and social practices of comparing against the backdrop of historical processes of modernisation in the 18th century.

The information on this page (the dataset metadata) is also available in these formats.

via the DKAN API

This corpus consists of novels published during the Long Eighteenth Century in England. They can be dated to the period between 1680 and 1820. Since the data is representing works from British literature, all authors are either from Great Britain or Ireland. The selected novels are available in .txt format for reading and further analysis.

The list of novels selected for this project, due to the amount, was difficult to complete. There are, of course, several authors that are still known and famous for their written works, like Daniel Defoe, Samuel Richardson or Jane Austen. Secondary literature on novels of the Long Eighteenth Century helped to manage the task at hand, including almanacs and anthologies. Researching the publishing dates and backing up the information, the list of novels grew steadily. The availability of the written works soon turned out to have a focus on the second half of the selected period of time.

Resources
Distribution of Works in the Corpus over Time 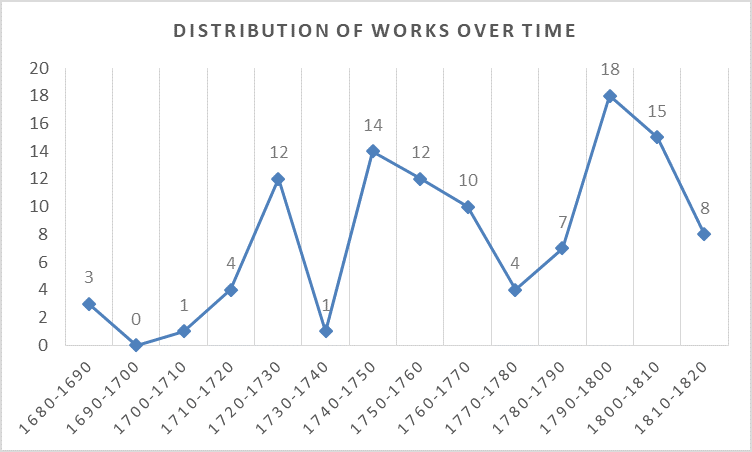 Number of Works per Author in the Corpus

Due to the processing of the novels, themes, topics and issues can now easily be analysed with the help of computer programmes and tools such as Voyant and AntConc.

Additional Metadata of the Dataset